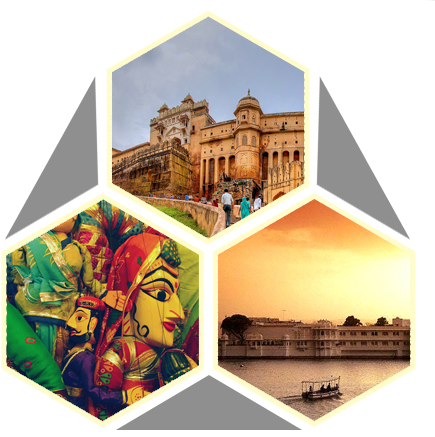 A beautiful and romantic city where the income of people has improved drastically. Udaipur is full of beautiful lakes, which make people irresistible to spend some quality time. The three famous lakes in Udaipur are Pichhola, Fatehsagar and Udaisagar.

HISTORY OF UDAIPUR
Udaipur known as the jewel of Mewar and it is a romantic city. This city was found by Maharaja Jai Singh. The magical splendors of Udaipur with the lake give a royal and ancient scene to the people to who wish to travel to this historic destination.

MAJOR ATTRACTIONS
Lake Palace
The lake palace is build by Maharana Jagat Singh II. This Palace was built in 1754 and it is also known as Jag Niwas. This palace is a major landmark in Udaipur as it is located in the middle of Pichola Jagdish Temple. This is a beautiful island palace appears in between the blue water and the combination creates a romantic ambience all around.

City Palace
The city palace is considered as another major land mark and one of the largest royal palace complexes in Udaipur. This palace is located in the peninsula of the Pichola Lake which consists of 11 beautiful palaces in within the palace with more artifacts work.

Jag Mandir
The amazing beauty of the Jag Mandir stands as traditional symbol for this city. The beauty of the Lake Pichola built by Maharaja Karan Singh portrays the colossal statue of elephants which gives highly imposing cenotaphs that adds to the beauty of the temple.